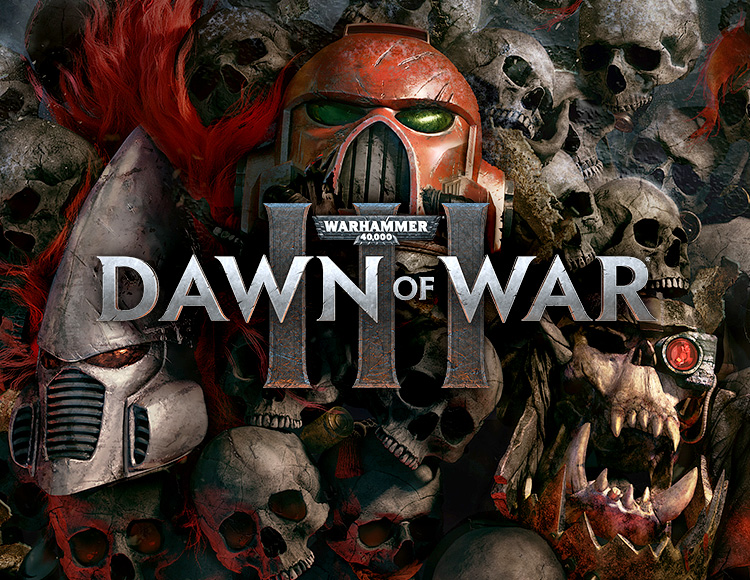 Loyalty discount! If the total amount of your purchases from the seller servicesoft more than:
If you want to know your discount rate, please provide your email:

servicesoft information about the seller and his items
offlineAsk a question

After payment you will receive a link by which you can get the license key of the game Warhammer 40,000: Dawn of War III from the official supplier - the company "Buka", to activate the system STEAM.

1. You need to download and install Steam http://store.steampowered.com/ (if not already installed)
2. Register a new account on Steam or go to an existing one.
3. Go to the "My Games" section and select "Activate via Steam", enter the key.
4. The game after activation will appear in the list of games and you can download it from Steam.
5. Enjoy the game.

Description:
Join the fierce battle between the three warring factions

In the game Dawn of War III you have no choice: after the monstrous super-weapon was found on the mysterious planet Acheron, you just have to stand up to meet the enemies.

In the battle for the planet, the armies of the greedy orc leader Gorgutz, the ambitious Eldar prophet Mother Mahi and the powerful commander of the space landing party Gabriel Angelos faced up. Victory will get only one of them.

Death will overtake all

Command huge war machines and change the course of battles with the help of the biggest characters in the history of Dawn of War. At your disposal is the mighty imperial knight of the Space Marines, the thundering Gorkanavt of the Orcs and the sinister ghostly knight of the Eldar.

The game Dawn of War is known for its epic scope. Now there will be a battle of the utmost scale. Lead huge armies in the midst of a harsh volcanic landscape and at fortified orbital stations.

send powerful elite units into battle, each of which has unique abilities and advantages that open up access to new tactical moves.

bring down all the power of the superpowers of your faction on the enemy, causing the orbital bombardment of a space landing, the Eldritan eldar storms or the monstrous orc Cobbles.

study the advantages and disadvantages of space marines, orcs, and eldar, performing a series of alternating tasks. Soon you will realize that there are no heroes and villains in this universe ... there is only war.

the formation of your own unique army will begin with the very first clash with enemies. By participating in battles, performing exciting campaign tasks and winning on network cards, you will attract more and more troops to your banner.

NEW ZARYA ON THE INTERNET

Your army will crush any enemy in the online shooting. Join the community, create alliances - and then draw weapons against the former "friends" who have become enemies. All this is on dangerous, unpredictable and difficult maps.