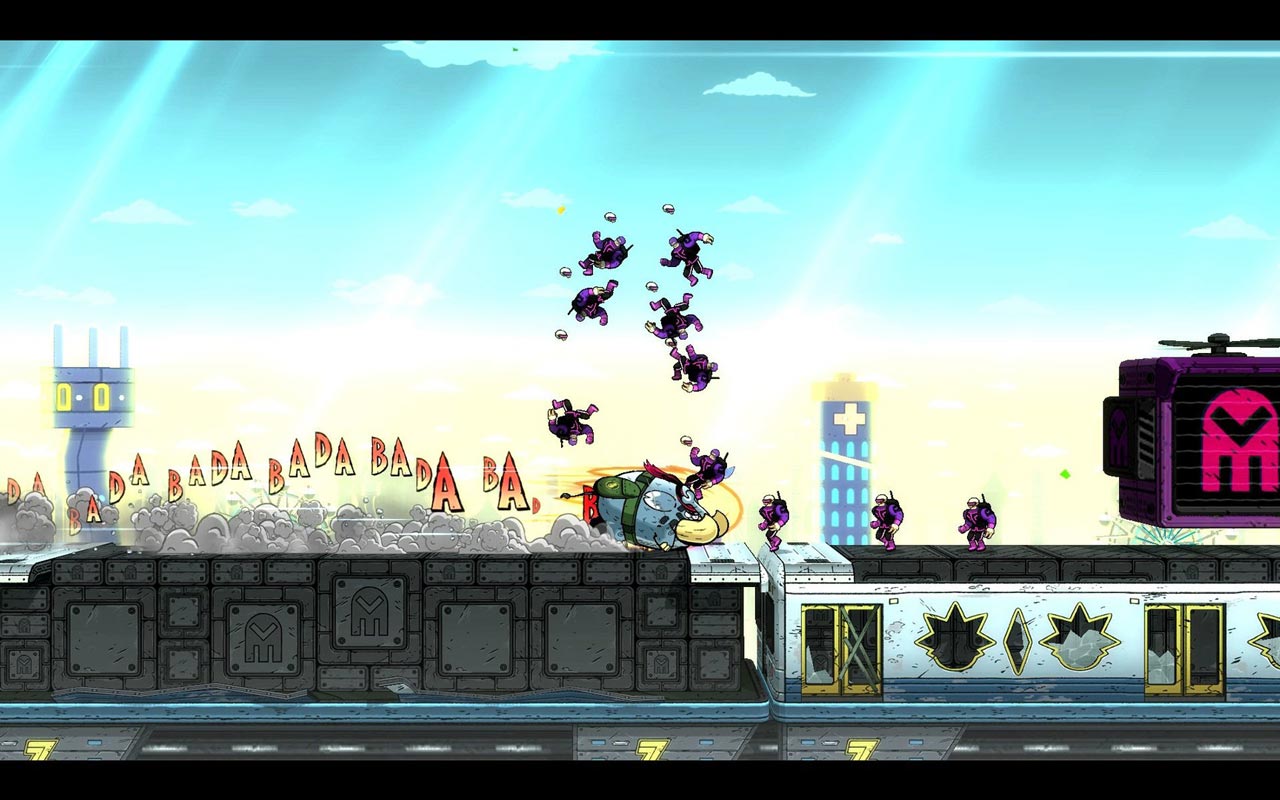 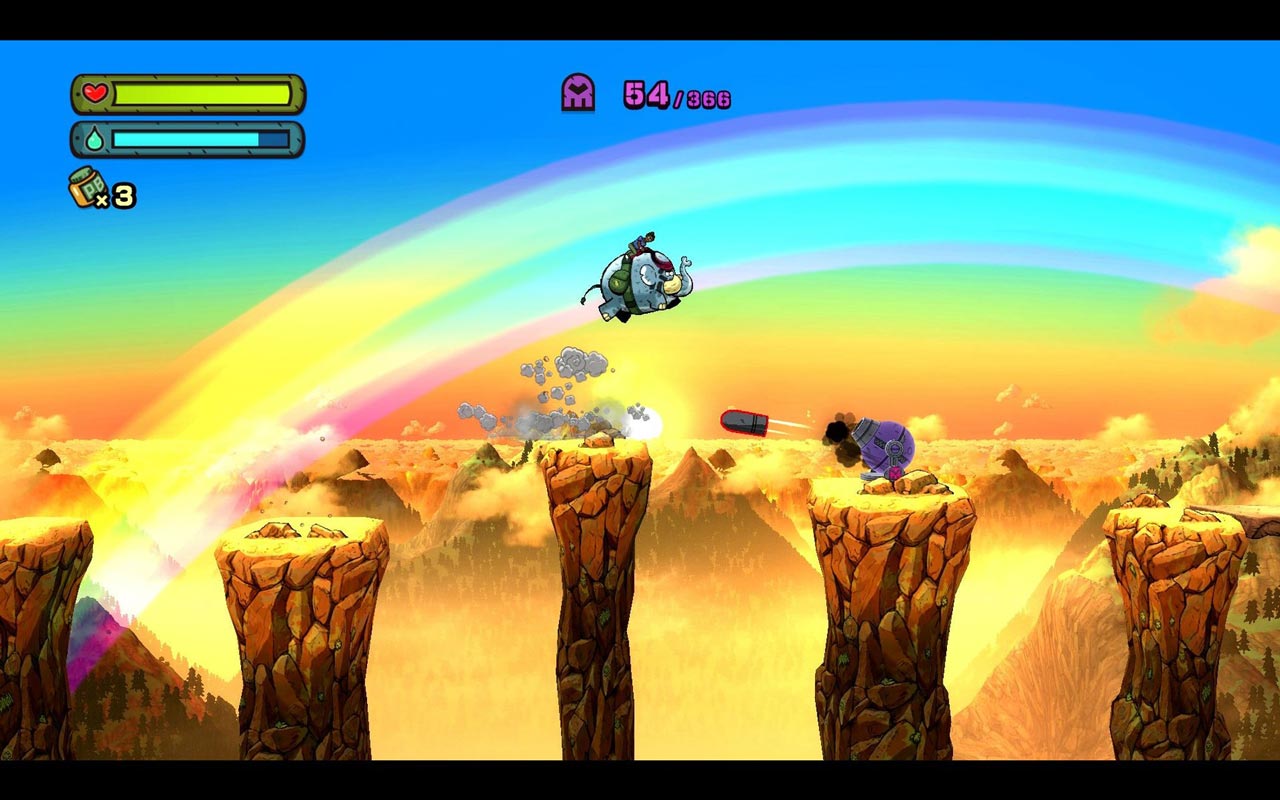 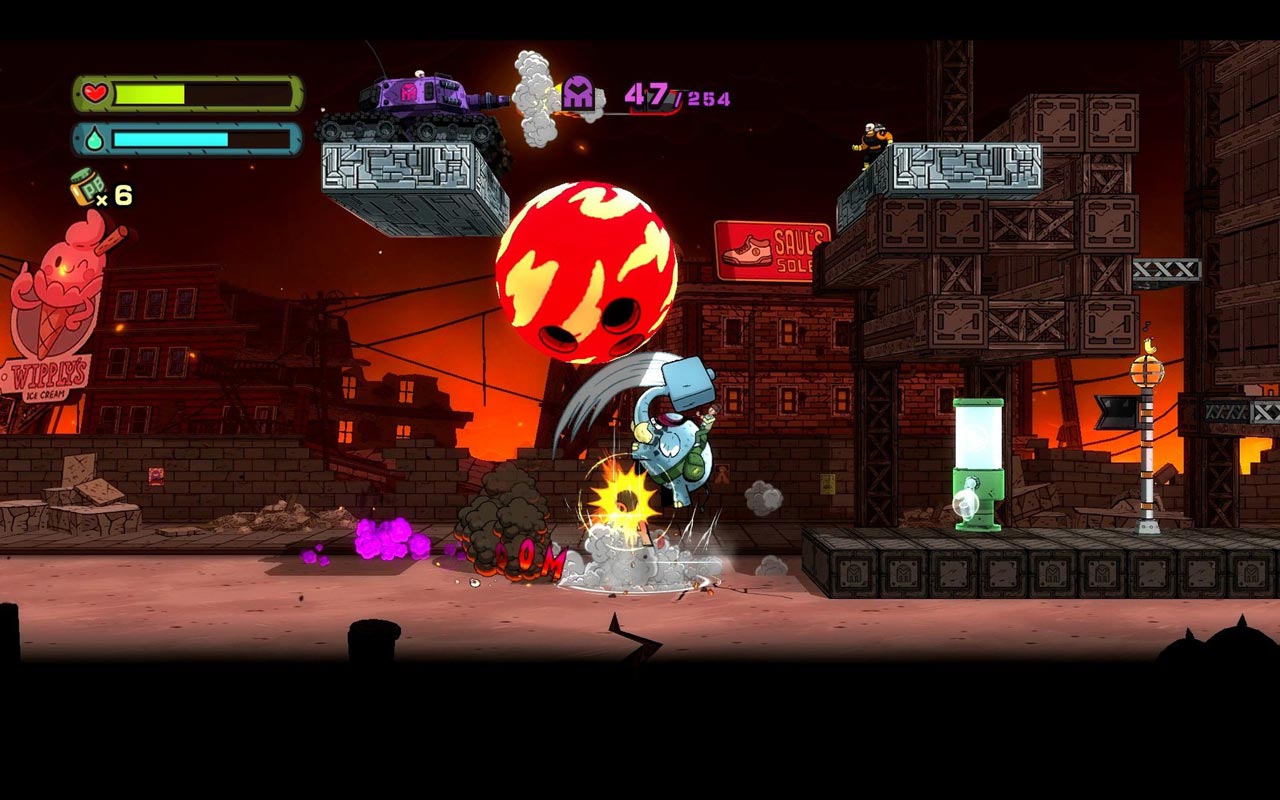 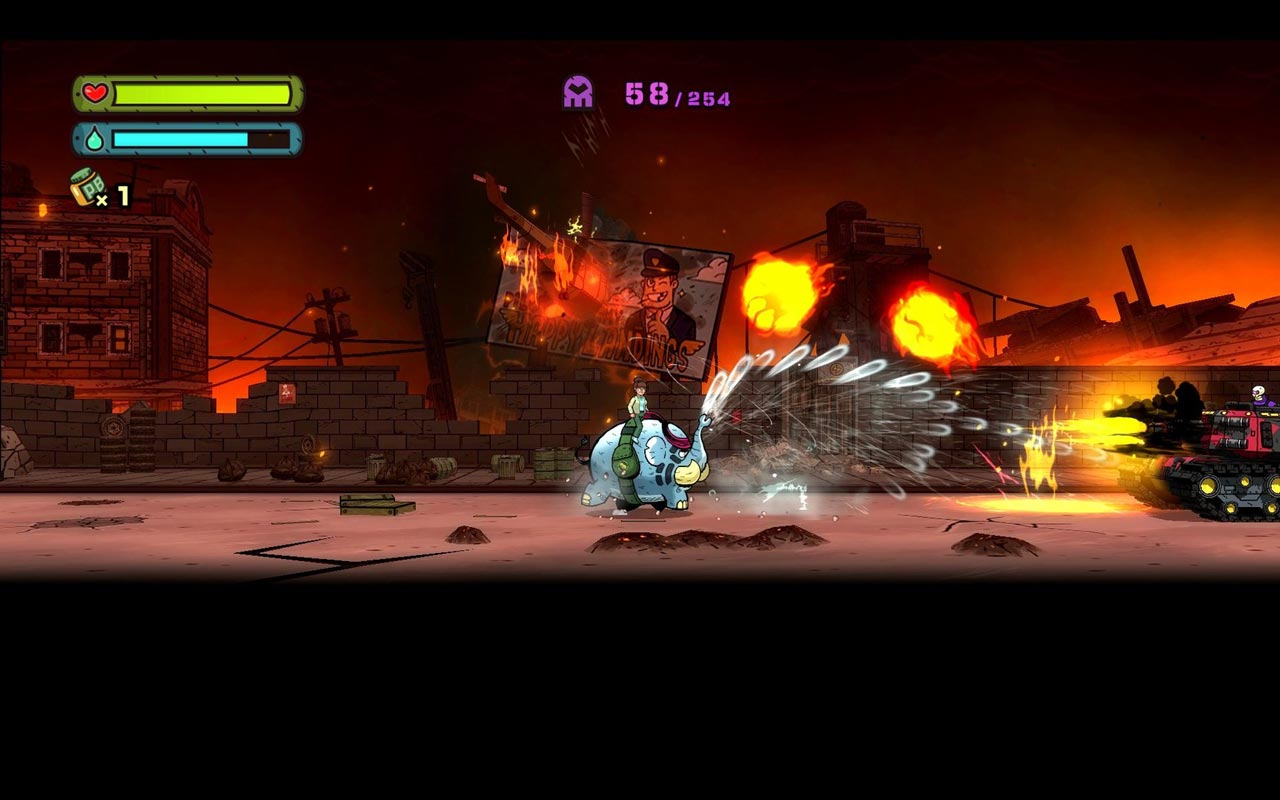 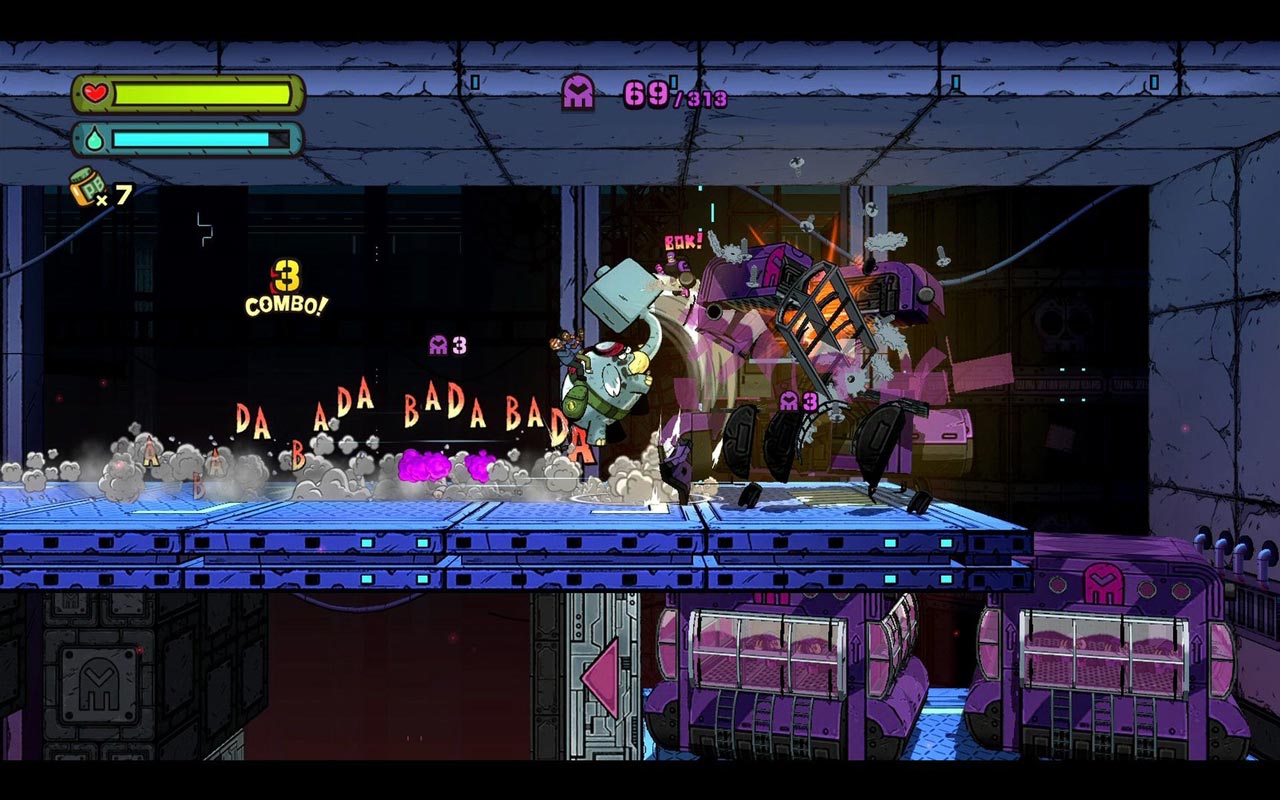 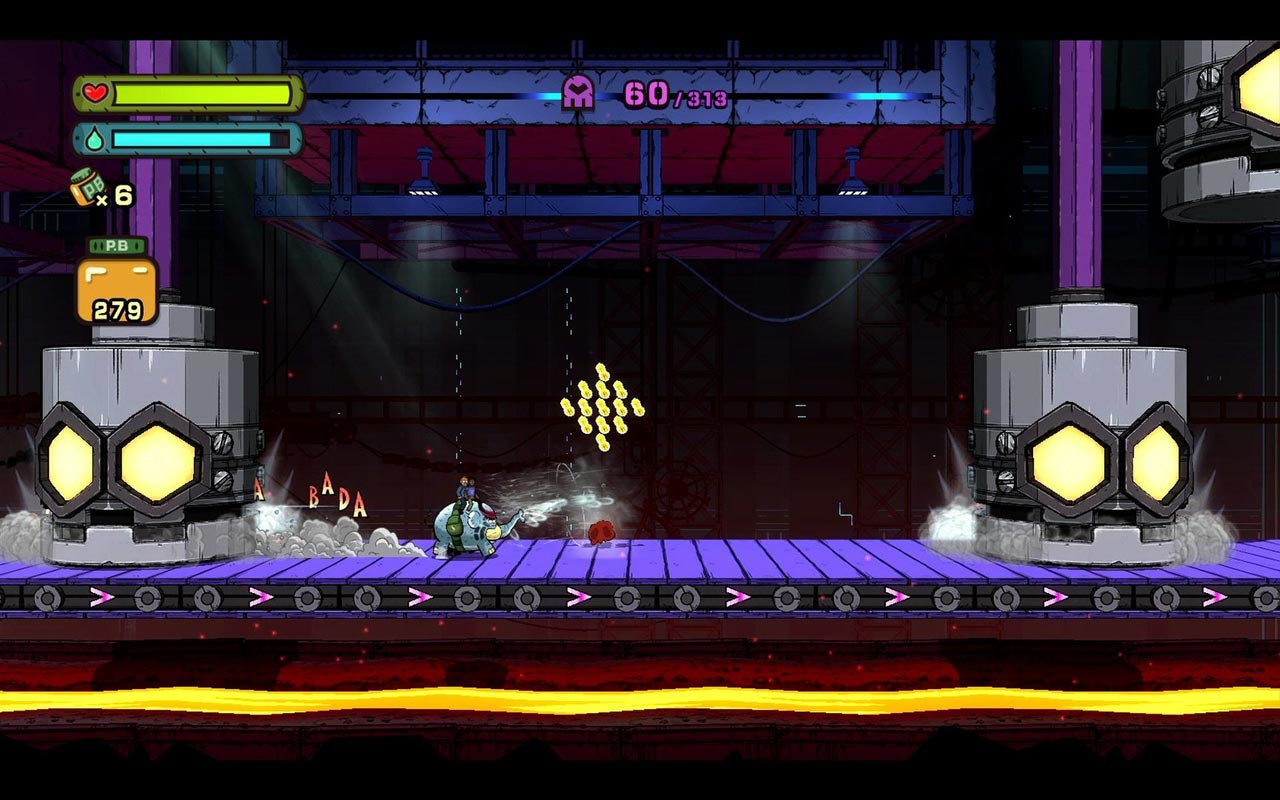 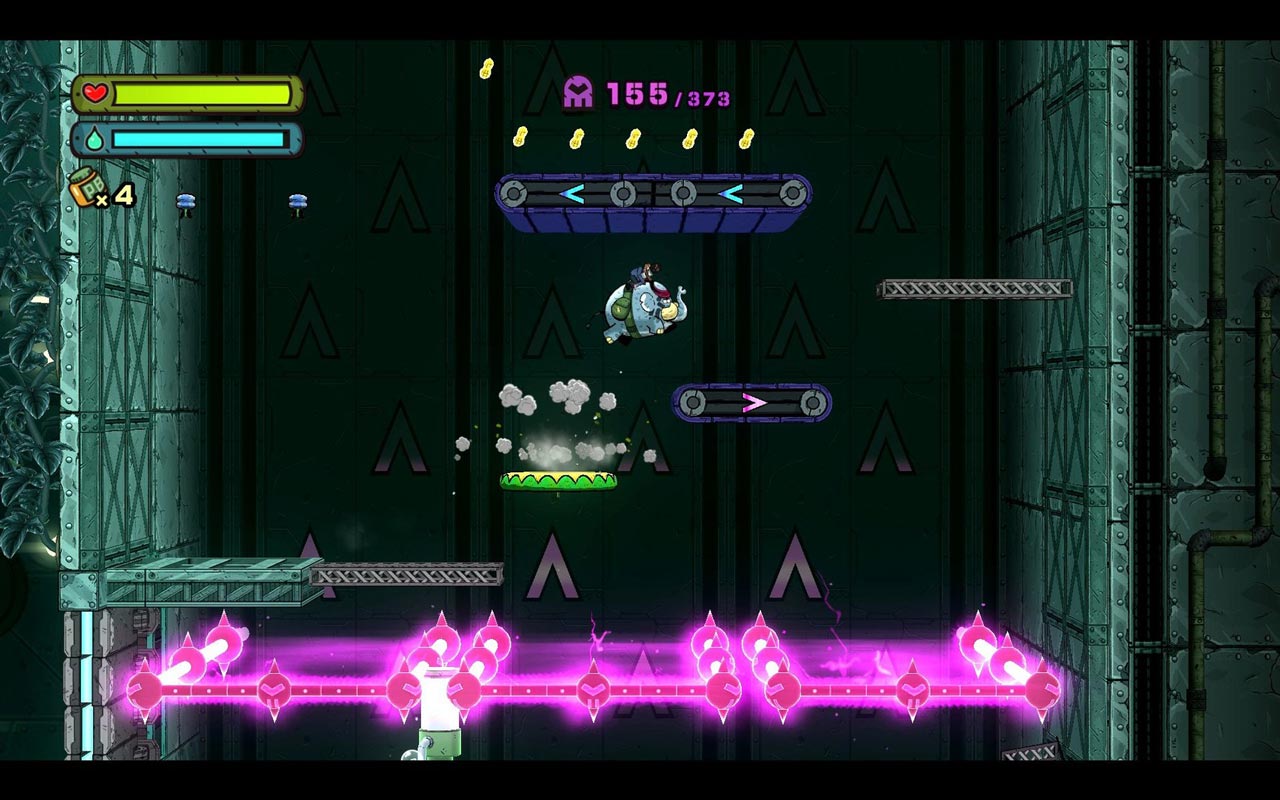 =======================================
As a result of the attack by the brutal troops of the organization PHANTOM Shell City was in a state of emergency. Terrible war machines, hung with skulls, break through the city, destroying everything in their path! The National Army is trying to hold back PHANTOM forces, while General Krenman takes on an overwhelming task and calls for help the only creature that can save Shell City from destruction - chew nuts, trampling the villains and the phantom phantom of the elephant family ... ! Together with Picolo, his faithful winged companion, TEMBO jumps, crushes, beats, hurls and tramples hordes of PHANTOM, seeking to put an end to their merciless aggression. The game TEMBO THE BADASS ELEPHANT - is 17 well-designed 2D-levels with side scrolling, a whole bunch of deadly enemies and a unique drawing in the style of comics. Significant arguments? No wonder, in the most intense action adventure of the year, this is 7.5 tons of fun!

1. You need to download and install Steam http://steampowered.com/download/SteamInstall.msi (if not already installed)
2. Start the Steam client
3. Create a new account on Steam or go to an existing one
4. Go to the "Games" section and select "Activate on Steam"
5. Enter the activation key you purchased
6. After that, the game will appear in your list of games and it can be installed

League of Legends (RU) - RP on the Russian server