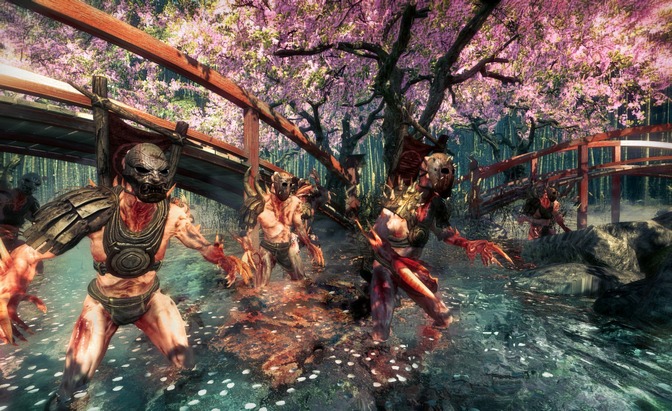 Uploaded: 25.11.2019
Content: text 50 symbols
Loyalty discount! If the total amount of your purchases from the seller SOFT-KLUB more than:
If you want to know your discount rate, please provide your email:


About the game:
Shadow Warrior is a bold reimagining of the classic 3D Realms´ shooter from independent developer Flying Wild Hog (Hard Reset) starring the legendary and quick-witted warrior Lo Wang. Combine the brute force of overwhelming firepower with the elegant precision of a katana to annihilate the merciless armies of the shadow realm in an exhilarating and visually stunning transformation of the classic first-person shooter.
Story
Shadow Warrior tells the offbeat tale of Zilla Enterprise´s corporate shogun Lo Wang as he is ordered to acquire a legendary blade of limitless power by his deceitful employer. Betrayed and left for dead, Lo Wang learns of the blade´s connection to ancient gods from another realm preparing to push our world to the brink of destruction. Now the reluctant hero must become legend through a masterful combination of gun, blade, magic and wit to uncover the truth behind the demonic invasion and banish evil back into the darkness.
Features
Shadow Warrior Reborn - A bold new vision of Shadow Warrior elegantly blends classic first-person shooter gameplay with thrilling action, inventive combat, and a contemporary retelling of the hilarious legend of Lo Wang.

Elegant Swordplay - Unsheathe your legendary katana to slice enemies apart with precisely targeted swings or unleash fluid combos and special attacks to cut down hordes of enemies with one swift pass through the enraged hordes.

Mystical Powers - Call upon mystical powers to protect yourself and paralyze your enemies or use their own severed heads and still-beating hearts to bring them to their knees.

Instructions on how to activate Games:

1. To access your new game, you need to install Steam application (if the application is not installed).
2. Register a new account on Steam or go to an existing one.
3. After the purchase, you will receive a link that needs to be copied and pasted into your Internet browser to log in under her own account Steam and take a gift to the library or add to your inventory.
4. After activating the game appear in the list of games and you can download it from Steam.
Переводчик Google для бизнеса –Инструменты переводчикаПереводчик сайтовСлужба "Анализ ры