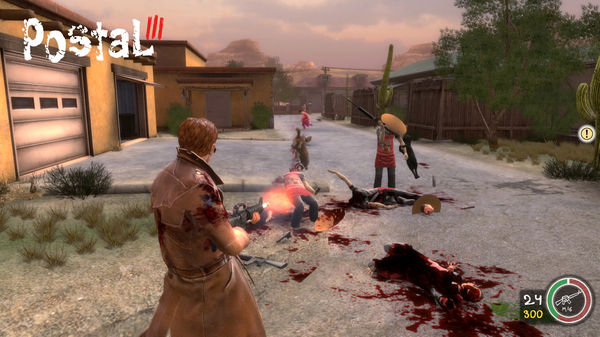 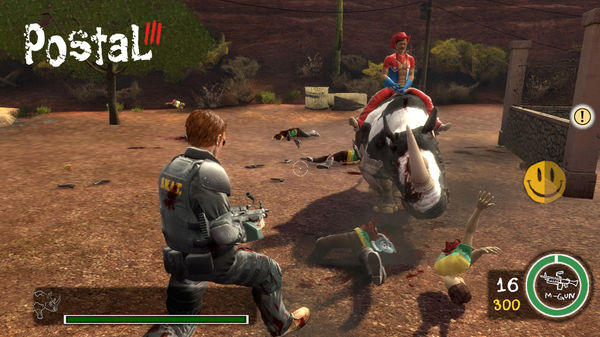 Uploaded: 29.03.2020
Content: text 19 symbols
Loyalty discount! If the total amount of your purchases from the seller WAVE_MARKET more than:
If you want to know your discount rate, please provide your email:

WAVE_MARKET information about the seller and his items
onlineAsk a question

After payment you will receive a unique key to activate the game on Steam!

ABOUT THIS GAME
Good or Insane? The choice is yours.
Following the Apocalyptic end to the Postal Dude’s week in Paradise, we follow him and his insane pitbull Champ as they emigrate to its appropriately named sister city, Catharsis. Unfortunately, due to the Global Economic Meltdown, psychotic left-wing “Green” extremism and hypocritical Government corruption, it turns out Catharsis isn’t a much better place to live.
What path will you choose when faced with the antics of a hypocritical scheming Mayor? A berserk cartoon mascot with Al Qaeda ties? A former Vice-President’s cadre of Eco-Zealots? How about Gay Segway “biker” gangs, and a sociopathic cult leader Uncle with nuclear ambitions? Will you give in to your base instincts and fight fire with gasoline? Or will you rise above it to become something more, to serve and protect your fellow citizens from the rampant insanity of our modern society?
Key features:
Edgy, satirical Running With Scissors sense of humor
A world of twisted parody inspired by real people, events and philosophies
Large, detailed, interactive environments
Crazy POSTAL style Vehicle gameplay
NPC’s react to your behavior in a variety of surprising ways
Multiple story paths determined by your behavior
Celebrity characters: Super porn star Ron Jeremy, Village People Cowboy Randy Jones, Internationally hated film director Uwe Boll and Playboy Playmate Jennifer Walcott
Appearances by other popular Running With Scissors character franchises: Krotchy, Champ and the Postal Babes, who will fight along side you (or sometimes against you!)
Insane new gameplay including the Helper Monkey, Grenade Cats and the BadgerSaw
Kill Uwe Boll! (or save him!)
============================
INSTANT DELIVERY
============================

WARNING: This key to activate on Steam.

1) If it is not installed Steam client, download and install it. (Refer to the installation of steam http://steampowered.com/download/SteamInstall.msi)
2) Log in to your Steam account, or register a new one if you do not already have it.
3) Go to the "My Games" and select "Activate via Steam ...", read and accept the Subscriber Agreement and steam enter the key received immediately after the payment.
4) After that, the game will appear in the list, and you can download this game

The Witcher 3: Wild Hunt - Game of the Year Edition