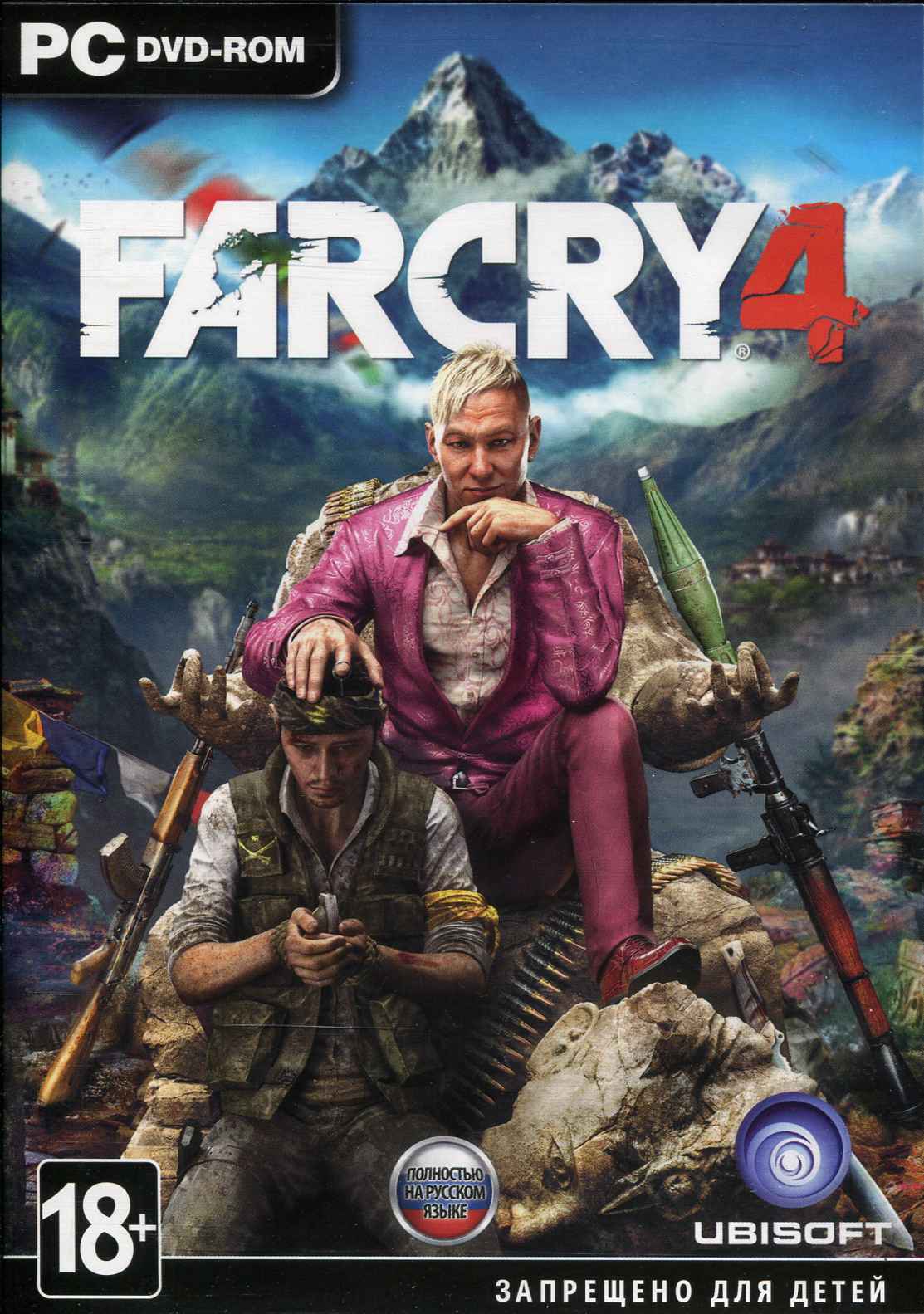 Uploaded: 25.11.2019
Content: far_cry_4_0013.txt 0,02 kB
Loyalty discount! If the total amount of your purchases from the seller servicesoft more than:
If you want to know your discount rate, please provide your email:

servicesoft information about the seller and his items
offlineAsk a question

After payment you get a link by which you can get the license key of the game Far Cry 4 from the official supplier - the company "Buka", for activation in Uplay.

1. If you do not have the Uplay client installed, download and install it.
2. Log in to your Uplay account or register a new one if you do not already have one.
3. To activate the code in Uplay, click on the image of three horizontal lines in the upper left corner and select "Activate product".
4. Enter the activation code.
5. After that, the game will appear in the "Games" section, and you can download it.


Welcome to Kyrat - a country with rich traditions, lost among the peaks of the Himalayas, the world threatened by a despotic ruler. Your hero, Ajay Gale, arrived here to fulfill the last will of his mother, but he was involved in a civil war: the locals are trying to overthrow the impostor Pagan Mina. Embark on a journey through the open world, but be careful: anything can happen to you in an unfamiliar country.

UNIQUE WORLD
In the new game of the Far Cry® series you will find yourself in a faraway country where beauty and danger from ancient times cannot be separated from each other. Explore vast areas covered with wild forests; conquer the snowy peaks of mountain ranges!
The fauna of Kirata is diverse: there are leopards, rhinos, eagles, and even a rather rare species of badgers — the honey badgers. Hunter, remember: going for loot, look at both, otherwise you will become a victim ...
Mark enemy positions during the flight on an improved gyroplane, and if you are noticed, try to escape with the help of a wing suit. Go on a journey riding a huge elephant, from the sight of which even a seasoned soldier shakes his legs!
Choose the right weapon! No matter how difficult the task may seem: thanks to the large arsenal of weapons you can get out of any situation.

JOINT GAME: INVITE A FRIEND
The journey is better to go together. Far Cry 4 features an updated joint-play system: your friend can join at any time. Explore the mysterious world of Kirata in the company of a faithful companion.

ARENA: A WINNER OR A WINNER?
Fight for your life in the arena: demonstrate battle skills to gain the glory of a great warrior. The crowd will applaud to someone who is ready for anything to win.

ONLINE GAME
Thanks to the updated network game mode, you will have the opportunity to feel the spirit of the battle past Kirata. Who do you dream to be? A soldier of the army of the "Golden Way", which has a decent arsenal of weapons? Or maybe a member of the ancient tribe of warriors Kalinag, whose strength is given by nature itself?

EDITOR CARD: LOVE THE ENEMY IN THE TRAP
In the new game series Far Cry® you will have a completely new map editor. Advanced tools, user-friendly interface - create levels and share them with community players.